Gastrointestinal (GI) stromal tumors (GISTs) account for less than 1% of all GI tumors, yet are still the most common mesenchymal tumors of the GI tract.  The diagnosis of GIST is based on histologic examination. Further ancillary testing, including immunohistochemical staining and mutational analysis, provides confirmation of diagnosis and prognostic information and delivers therapeutic implications.   Mutational assessment is important because of the availability of specific, molecular-targeted therapy with KIT/PDGFRA tyrosine kinase inhibitors (TKIs) (eg, imatinib, sunitinib).   Most GISTs (roughly 85%) contain oncogenic mutations in KIT or PDGFRA, whereas the remainder lack KIT and PDGFRA mutations and are commonly referred to as wild-type GISTs.  The National Comprehensive Cancer Network (NCCN) and European Society for Medical Oncology (ESMO) consider mutational analysis standard practice and strongly encourage including it in the diagnostic workup for all GISTS.

How are gastrointestinal stromal tumors diagnosed?

Suspected gastrointestinal (GI) stromal tumors (GISTs) usually present initially with GI bleeding (the most common manifestation), abdominal pain, and obstructive symptoms. On rare occasions, these tumors are found incidentally. Radiographic studies to further characterize the lesion should be performed, followed by endoscopic evaluation with biopsy. Histologic examination by a pathologist is the gold standard for the diagnosis of GIST. The pathologist will direct the diagnostic workup and perform ancillary testing, such as immunohistochemical staining for KIT (CD117) or DOG1, and KIT and PDGFRA mutational analysis.

What is the role of mutational analysis in determining therapy for gastrointestinal stromal tumors?

KIT/PDGFRA mutational assessment is important for decision-making and treatment purposes, given that gastrointestinal (GI) stromal tumors (GISTs) have a variety of subtypes with different predictive and prognostic relevance.     Current therapeutic strategies for GISTs revolve around targeted therapy against PDGFRA, KIT, and related receptor tyrosine kinases. Imatinib resistance, either primary or secondary, is associated with specific tumor genotypes, so genotyping of individual patient tumors helps guide decisions concerning whether to offer imatinib and at what dose, or whether an alternative tyrosine kinase inhibitor (TKI) (ie, sunitinib) is more appropriate.     Mutational profiling, for example, can identify mutations that are associated with imatinib resistance, such as PDGFRA D842V, wild-type GIST, and KIT exon 9 mutations that confer partial imatinib resistance; tumors with these mutations may respond to higher doses of imatinib.     Mutational status assessment can also aid in diagnosis when the immunohistochemical workup is inconclusive.

Individuals with a GI tract mass suspected to be GIST should undergo biopsy and histologic examination. The results of immunohistochemical staining and mutational analysis may aid the clinician in determining the most appropriate course of action based on the most recent therapeutic guidelines put forth by the National Institutes of Health/National Cancer Institute and other major health organizations.

The vast majority of GISTs (95%) overexpress the receptor tyrosine kinase KIT (CD117); this overexpression is the most prominent diagnostic marker for GIST and enables differentiation of GIST from other subepithelial tumors of the GI tract, which are nearly universally negative for CD117.  However, KIT is not specific for GIST, and results should be carefully interpreted in light of the anatomic location and morphology of the tumor to distinguish GIST from other mesenchymal, neural, and neuroendocrine neoplasms.

Staining for DOG1, also known as anoctamin-1/ANO1, a voltage-gated calcium-activated anion channel highly expressed in the interstitial cells of Cajal, may be useful for cases that cannot be categorized as GIST based on CD117 immunostaining.   DOG1 is expressed strongly in GIST and rarely expressed in other soft tissue tumors.

SDHB immunohistochemical staining should be considered for any tumors that lack KIT or PDGFRA mutations.  SDHB staining is a helpful ancillary test that aids in identifying SDH-deficient GIST.  Recent reports have shown that SDH-deficient GISTs overexpress insulin-like growth factor 1 receptor (IGF1R), which may have future therapeutic implications in SDH-mutated GISTs.

The identification of GISTs with genotyping is important because of the availability of specific, molecular-targeted therapy with KIT or PDGFRA TKIs, such as imatinib or, in the case of imatinib-resistant GIST, sunitinib.   Similarly, mutations that confer secondary resistance to imatinib during treatment should be assessed in refractory or progressive disease. Multiple concurrent TKI-resistant mutations may be detected in a tumor.  Therapeutic drug monitoring for imatinib is available and may be performed to evaluate and optimize the treatment regimen. Roughly 90% of patients with a KIT exon 11 mutation respond to imatinib, whereas only approximately 50% of patients with a KIT exon 9 mutation respond (although in the latter case, response may improve with a higher dose of imatinib).  Most PDGFRA mutations described to date do not confer resistance to imatinib in various functional and clinical studies, with the exception of D842V, which is a well-described point mutation that confers resistance to imatinib.

Approximately 10-15% of GISTs lack mutations in the KIT or PDGFRA genes and are referred to as wild-type GISTs.  Wild-type GISTs are a heterogeneous group of GISTs that may have SDH, NF1, or BRAF (V600E) mutations.    Tumors that lack KIT or PDGFRA mutations should be considered for further mutational analysis, including BRAF and SDH gene mutation testing.

Although the majority of GISTs appear to be sporadic, some patients, particularly younger patients, have one of several associated syndromes, including neurofibromatosis type 1 (NF1), Carney-Stratakis syndrome (CSS), Carney triad (CT), and primary familial GIST syndrome. Genotyping can confirm these syndromes.

GISTs may range from completely benign to aggressively malignant.  Prognosis and malignant potential of GISTs are partially assessed by size and mitotic rate of the tumor. Most gastric GISTs are indolent, and those that are <2 cm are considered to be of low risk, whereas micro-GISTs (<1 cm) are invariably benign.  However, it is difficult to predict the behavior of GISTs based on pathologic features alone; therefore, tumor site is also important to consider. GISTs in the small intestine or colorectum tend to be more aggressive than gastric GISTs.

The mutational status of KIT and PDGFRA is not used to determine malignant potential. These mutations may be found in benign, indolent tumors and aggressive, high-grade tumors.

For more information on prognosis and risk, refer to the most recent NCCN recommendations for proposed predictors of GIST biologic behavior.

2006948
SDHB with Interpretation by Immunohistochemistry 2006948
Method 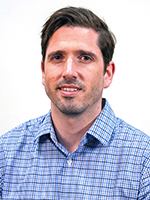