Germline pharmacogenetics describes genetic variations associated with drug response or drug disposition that may predispose a patient to be at risk for drug-related toxicity, nonstandard dose requirements, or a lack of therapeutic benefit. The goals of pharmacogenetic testing are to reduce the high number of nonresponders (on average, 30-60% of patients) and to prevent or reduce adverse drug reactions (ADRs).

When should pharmacogenetic testing be performed?

Pharmacogenetic testing can be considered before prescribing select drugs in order to detect clinically significant variants that can inform optimal drug selection and dose decisions, reduce the overall number of nonresponders, and prevent or reduce adverse drug reactions (ADRs). Pharmacogenetic testing may also be relevant when investigating an ADR, including therapeutic failure.

Should I order testing for one gene or several genes?

Whether one gene or several genes should be assessed depends on the reason for testing. When assessing an individual for treatment with a specific drug (eg, abacavir), testing a single gene is appropriate (ie, HLA-B*57:01). If considering treatment with multiple drugs or drugs that are metabolized through multiple routes, a gene panel may be more appropriate.

How should results be interpreted?

Depending on the outcome of the test, certain detected variants may warrant a change in drug dosing or a switch to a different medication. These changes are based on recommendations by the Clinical Pharmacogenetics Implementation Consortium (CPIC) or are included in the U.S. Food and Drug Administration (FDA) drug product labels. Refer to the Specific Drug-Gene Pair Examples and Associated Tests section for more information on interpretation.

Pharmacogenetic testing may be indicated to:

Pharmacogenetics can be used to predict optimal dosing for select drugs and to avoid ADRs in patients. ADRs include both therapeutic failure and potentially life-threatening toxicities. ADRs are classified as type 1 (dose dependent) and type 2 (not dose dependent). Some drugs (eg, phenytoin) are associated with both type 1 and type 2 ADRs.

Drugs are administered in either active or inactive forms. Type 1 ADRs occur in response to the dose of a drug, and when the active drug accumulates instead of being eliminated as expected. The target dose of a drug can be adjusted to compensate for differences in active drug accumulation and elimination, thereby minimizing or preventing type 1 ADRs.

The associations between the effect of a gene variant on the activity of a specific drug, the target therapeutic dose of that drug, and the likelihood of an ADR are applied in pharmacogenetic testing to personalize drug therapy.

Note: The metabolic phenotype predicted by pharmacogenetics may be altered by drug-drug interactions (eg, a CYP2C9 normal metabolizer could become a poor metabolizer if the patient takes a medication that inhibits CYP2C9).

Type 2 ADRs occur when a person who has inherited a specific gene variant is administered a trigger drug. These reactions can occur regardless of dose; therefore, patients at risk for a type 2 reaction are advised to avoid drugs that could trigger the reaction. Examples include abacavir in patients with the HLA-B*5701 allele, as well as carbamazepine or phenytoin in patients with the HLA-B*1502 allele. In both of these examples, patients who carry at least one affected HLA-B allele are at risk for the associated ADR and should avoid these drugs.

Therapeutic or loading doses can be calculated for some drugs based on a combination of well-studied pharmacogenetic, demographic, and clinical factors, as well as common drug-drug interactions. The goal of dose calculators and algorithms is to prevent type 1 ADRs. For example, dose calculators can assist in both reducing the time required to achieve a therapeutic response to the anticoagulant drug, warfarin, and lowering the risk of life-threatening bleeding or thrombosis.

An example of a well-respected dose calculator is found at www.WarfarinDosing.org,  a free website that estimates dosing for warfarin. Several other algorithms  have also been developed for prescribing and dosing warfarin.

Dosing guidelines for certain drugs are available from the CPIC  and the Pharmacogenomics Knowledgebase (PharmGKB).

Drug therapy and dosing should be monitored by clinical exams, biomarker testing, and/or by determining concentrations of drugs and drug metabolites in biological specimens. Monitoring tools are drug and patient specific.

Posttherapeutic evaluation of ADRs or failure to respond is based on clinical factors, the clinical scenario (eg, whether a reaction is likely to be related to the drug and/or dose administered), compliance, the drug, and the drug formulation.

Pharmacogenetic testing can be performed by interrogating targeted genetic variants or by phenotype testing (eg, to evaluate enzyme function, protein expression, or concentrations of drugs and drug metabolites in biological specimens). The following tables show examples of drug-gene pairs and actions when variants are detected. 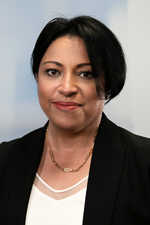