Lung cancer is the leading cause of cancer-related mortality in the United States. Diagnosis typically involves a combination of imaging studies, cytologic or histopathologic specimen evaluation, and subsequent immunohistochemistry (IHC) and genetic analysis.  More than 80% of lung cancer cases are classified as non-small cell lung cancers (NSCLCs), and adenocarcinoma is the most common NSCLC subtype in nonsmokers.  Adenocarcinoma is characterized by a prevalence of oncogenic driver genetic alterations (in EGFR, EBBR2, ALK, ROS1, BRAF, MET, KRAS, NTRK1/2/3, and RET) that may influence prognosis and predict response to targeted therapies if present. Guidelines recommend molecular analysis to identify actionable targets and guide subsequent therapy selection.

What is the role of cell-free DNA testing in non-small cell lung cancer?

Although cell-free/circulating tumor DNA testing has generally high specificity, it has low sensitivity (with a false-negative rate of up to 30%) and should not be used in place of tissue-based testing if tissue is available.

Which biomarkers are emerging as predictive for non-small cell lung cancer?

High-level MET amplification is an emerging predictive biomarker. Currently, evaluating this biomarker is not considered part of routine care. However, broad molecular profiling to identify rare targets for which effective drugs may be available is strongly advised, and in that context, including this biomarker is appropriate and encouraged.

Individuals with advanced or metastatic disease should undergo:

Genetic testing to detect the following somatic alterations is recommended for adenocarcinoma, large cell carcinoma, and NSCLC not otherwise specified (NOS) and should be considered for squamous cell carcinoma in patients with advanced or metastatic disease :

The use of broad molecular profiling is strongly recommended.  Broad molecular profiling includes all the biomarkers listed here, preferably in conjunction with any emerging biomarkers (ie, high-level MET amplifications).  These variants may be detected by a single assay or by a combination of assays.  A tiered approach may be used because typically only one oncogenic variant is present in an individual patient.  However, in rare cases, EGFR variants, KRAS variants, or RET rearrangements may overlap.

PD-L1 expression by IHC is recommended for all histologic subtypes to guide immunotherapy selection.

Testing for PD-L1 expression levels by IHC is recommended before first-line treatment in patients with metastatic NSCLC to assess whether PD-1 or PD-L1 inhibitors are a treatment option.  Refer to the ARUP Consult PD-L1 Testing topic for the most up-to-date testing recommendations.

Patients can develop resistance to therapy. For example, the EGFR T790M variant is associated with acquired resistance to EGFR TKI therapy. Therefore, patients with an underlying EGFR sensitizing variant who have been treated with older-generation EGFR TKIs should undergo high-sensitivity testing for EGFR T790M. The presence of a T790M variant suggests that a patient may benefit from third-generation EGFR TKI therapy. If there is no evidence of a T790M variant, testing for alternate mechanisms of resistance, such as MET or ERBB2 amplification, may be considered to direct patients to alternative therapies.  There is currently insufficient evidence to support routine secondary ALK variant testing in patients who have relapsed after an initial response to ALK inhibitor therapy.   Broad genomic profiling at multiple points during treatment may be the most informative approach to assess mechanisms of resistance.

Clinical Next-Gen Sequencing for Solid Tumors: What, How, Why, and When?
48 min
Molecular Oncology: The Role of Next-Generation, Sequencing-Based Gene Panels in Solid Tumors
60 min
Molecular Testing and Cytopathology: Downsizing Precision Medicine but not Precision
50 min
Next Generation Sequencing for Solid Tumors Diagnostics: Current Practice and New Developments
62 min
Free CME credit
Sizing Up Cancer in Cell-Free DNA
54 min
Utility of Whole Genome Arrays for the Detection of Clinically Relevant Imbalances and Homozygosity in the Constitutional and Hematologic Malignancies Setting
50 min
Spindle Cell Conundrums in the Chest
49 min 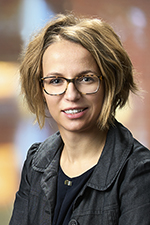