Approximately 20% of primary care patients in the United States drink alcohol (ethanol) at levels harmful to health. A blood-alcohol concentration over 250 mg/dL is considered toxic and may result in loss of motor function, impaired consciousness, respiratory depression, and death. Other effects of alcohol exposure include cardiomyopathy, stroke, fatty liver disease, fibrosis, pancreatitis, increased risk of developing cancer, psychological disorders, and vitamin deficiency, as well as fetal alcohol syndrome for those exposed in utero.  Ethanol ingestion by children may cause hypoglycemia.

Diagnostic criteria for alcohol use disorder (AUD) vary, but the most widely used criteria are found in the fifth edition of the Diagnostic and Statistical Manual of Mental Disorders (DSM-5).  Laboratory tests for acute alcohol ingestion include ethanol, ethyl glucuronide (EtG), and ethyl sulfate (EtS) tests. Carbohydrate-deficient transferrin (CDT) and phosphatidylethanol (PEth) are useful markers for monitoring abstinence after long-term use.

Which markers have the greatest specificity for detecting alcohol exposure, and which markers are nonspecific?

What is the detection window for each analyte?

The window of detection depends on the sample type and quantity of alcohol consumed. See Attributes of Ethanol Biomarkers table for general ranges.

Which specimen types are best to detect alcohol exposure?

Oral fluid is easy to collect and shows a strong correlation with blood-alcohol levels.

Urine is the most widely used specimen type for drugs-of-abuse testing because of ease of collection and analysis; many tests can be performed on site. However, urine is susceptible to contamination and dilution and is not optimal for determining level of consumption.

Blood provides the best evidence of use and corresponding drug levels; it lends itself more to clinical and emergency toxicology settings than to routine screening.

Hair can provide a history of drug use because drugs can remain in the hair for a long period of time, but testing cannot distinguish drinking levels.

Sweat has been shown to be sensitive and accurate, but testing is less practical than for other specimen types.

What are the pharmacokinetics of ethanol (absorption, distribution, metabolism, and elimination) in adults and children?

In adults, some ethanol is absorbed by the stomach, although the majority is quickly absorbed into the intestines. Ingestion of food delays absorption. The distribution of ethanol into body tissues and fluids is proportionate to the body’s water content, which varies by age, weight, and sex. More than 90% of ethanol is metabolized by either alcohol dehydrogenase (ADH), cytochrome P4502E1 (CYP2E1), or catalase, and the rest is eliminated unchanged in breath, sweat, and urine.  Of that metabolized, a small amount is not oxidized, which results in substrates that can be used as biomarkers of consumption.

In neonates and children, absorption may be reduced because of slower and more irregular stomach emptying, and the volume of distribution in children is greater because of greater body water content, less fat, and variable blood flow.  Metabolism is affected by decreased ADH and CYP2E1 levels, and decreased renal function may slow elimination.

How is alcohol use classified?

The National Institute on Alcohol Abuse and Alcoholism (NIAAA) uses the following definitions :

Laboratory testing is appropriate in the context of suspicion of alcohol use or exposure, trauma-related injury, substance abuse treatment monitoring, or follow-up testing to investigate other biomarker abnormalities that suggest alcohol use or exposure, including abnormalities in mean corpuscular volume (MCV) or in gamma-glutamyl transferase (GGT), aspartate aminotransferase (AST), or alanine aminotransferase (ALT) concentrations.

EtG and EtS are direct minor metabolites of ethanol and are considered good markers of acute, short-term (up to 36 hours in the blood, up to 5 days in urine) alcohol ingestion.  The sensitivity of these tests is highest in heavy drinkers but wanes after 24 hours and with lower doses.  Results do not accurately correlate with the amount or frequency of ethanol use.

Refer to the ARUP Consult Emergency Toxicology topic for more information about acute alcohol use testing.

CDT, an indirect metabolite of ethanol, is a serum marker of long-term, heavy alcohol use (≥40 g/day for up to 2 weeks) or relapse. CDT concentrations generally correlate well with an individual’s drinking pattern, especially during the preceding 30 days,  and is most useful for long-term abstinence monitoring. Factors that affect CDT levels include body mass index (BMI), female sex, and smoking.  CDT testing cannot be used in individuals suspected of having congenital glycosylation disorders.

GGT is an inexpensive and sensitive indirect marker of alcohol consumption. Even moderate drinkers (<60 g/week), especially men, show higher levels of GGT than abstainers do.

The limitations of GGT include lack of specificity; levels may be elevated with nonalcoholic fatty liver disease, drug intoxication, obesity, diabetes, and hepatobiliary disorders. GGT is also age dependent; concentrations increase with age, even in abstinent individuals. Normalization of GGT requires 2-3 weeks of abstinence.

MCV, the average size of a person’s red blood cells, increases with high quantities of alcohol ingestion.Compared with other biomarkers, MCV has low sensitivity but higher specificity for alcohol use. Because this test can detect previous alcohol exposure, even after a long period without alcohol consumption, it is not useful for monitoring abstinence in those recovering from AUD.

AST and ALT enzymes have low sensitivity and specificity to screen for excessive alcohol consumption, but they are highly sensitive and specific for detecting alcohol-induced liver damage.  The AST/ALT ratio increases with alcohol consumption; an AST/ALT ratio >1 is considered suggestive of alcohol as the cause of liver dysfunction.  ALT is less sensitive than AST, but both can be effective tools in combination with other biomarkers to identify heavy drinking.

The DSM-5  includes a list of 11 criteria for defining AUD with mild, moderate, and severe subclassifications. Mild AUD is classified as the presence of two or three symptoms over the past year; moderate, four or five symptoms; and severe, six or more symptoms.  A brief description of the 11 criteria follows :

Use to identify acute alcohol ingestion

Use to identify ethanol, methanol, isopropanol, or acetone ingestion

Preferred method for general screening of ethanol exposure in urine

For additional test information, refer to the Alcohol Use Biomarkers Test Fact Sheet

For additional test information, refer to the Alcohol Use Biomarkers Test Fact Sheet

Use to detect and document maternal use of ethanol

Use to identify alcohol abuse or abuse relapse

Biomarker associated with ethanol consumption; may be helpful in monitoring alcohol abstinence

Use to identify chronic heavy ethanol use 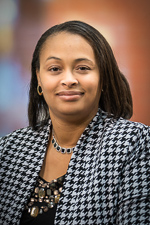 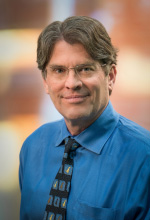