Brucellosis (also called undulant fever, Malta fever, and Mediterranean fever) is a zoonotic infection caused by Brucella species. In the United States, one of the most common sources of infection is ingestion of unpasteurized dairy products, but transmission is also possible through contact with skin or mucous membranes or through inhalation of infected particles.  The clinical presentation of brucellosis is variable, but generally includes fever or fatigue. Focal or localized infection (most commonly osteoarticular or neurologic) occurs in many cases of brucellosis.  Proper diagnosis and treatment are important because untreated cases tend to become chronic and can persist for years. Laboratory testing methods include culture and serology, which are used for definitive diagnosis.  Brucellosis is a reportable disease in all 50 states and is on the CDC’s list of nationally notifiable conditions.

Who is at high risk for brucellosis, and how does this impact diagnosis?

Consumption of unpasteurized or “raw” dairy products greatly increases the risk of Brucella exposure. Individuals who are at high risk for exposure to animals or laboratory samples based on their occupation or recreational activities are at higher risk for brucellosis. High-risk occupations include meat processing, veterinary medicine, and laboratory work. High-risk recreational activities include hunting, especially hunting for big game such as deer and bison. Increased clinical suspicion for brucellosis is warranted when evaluating patients engaged in these activities.

What is the role of laboratory testing in focal or localized brucellosis?

In cases of focal or localized brucellosis, the addition of specific laboratory tests may provide useful information for diagnosis. For example, if central nervous system (CNS) infection is suspected, cerebrospinal fluid (CSF) analysis may be warranted. Likewise, osteoarticular brucellosis may require synovial fluid analysis to rule out diseases such as septic arthritis or reactive arthritis. The diagnostic tests described in the Laboratory Testing section are still required for definitive diagnosis of brucellosis.

Due to the nonspecific nature of brucellosis symptoms, a detailed patient history (including travel history, occupation, and activities) should be considered in conjunction with the clinical presentation. Laboratory testing is appropriate in patients at high risk for brucellosis (based on patient history) who present with an acute or insidious onset of fever and one or more of the following: night sweats, arthralgia, headache, fatigue, anorexia, myalgia, weight loss, arthritis/spondylitis, meningitis, endocarditis, orchitis/epididymitis, hepatomegaly, or splenomegaly.  The testing laboratory should be informed of the possibility that the sample may contain Brucella spp so that appropriate precautions and special culture techniques can be used.

Identification of Brucella in culture confirms a brucellosis diagnosis. Culture testing is most commonly performed on blood, but may also be performed on other tissues such as bone marrow or cerebrospinal fluid (CSF). Although culture testing is generally considered the gold standard method for brucellosis diagnosis, it has several drawbacks. Brucella spp can be fastidious, slow growers and may take up to 21 days to grow. Additionally, in cases of chronic infection, blood culture test results may be negative, and bone marrow culture should be considered if clinical suspicion remains.

Brucella-specific agglutination tests involve direct agglutination of bacterial antigens by specific antibodies. Agglutination tests detect antibodies of immunoglobulin M (IgM), IgG, and IgA classes. False-positive results may be caused by antibodies to other infective agents (eg, Francisella tularensis, Escherichia coli, Yersinia enterocolitica, and others). For definitive diagnosis, two serum samples are required. The first sample should be taken during acute illness, and the second sample should be drawn 2-4 weeks later (during the convalescent phase). A fourfold or greater increase from the first sample to the second is considered diagnostic. If paired sample collection is not possible, a presumptive diagnosis can be made using a single serum specimen after the onset of symptoms.   Serology assays are inexpensive and fast, but may not be definitive in chronic or complicated cases.  In general, follow-up serologic testing is not useful to guide duration of therapy.

Polymerase chain reaction (PCR) testing is used less frequently than culture or serology testing for the diagnosis of brucellosis, due in part to low sensitivity, but PCR tests may be helpful in genus- and species-level identification.   The CDC considers a positive PCR test result to be presumptively diagnostic for brucellosis rather than definitively diagnostic.

Individuals with suspected exposure should undergo serology testing to detect a possible immune response to Brucella. Samples should be collected at 0, 6, 12, 18, and 24 weeks after exposure. The preferred testing method varies based on the suspected Brucella spp. Specific information about postexposure monitoring can be found in the Brucellosis Reference Guide: Exposures, Testing, and Prevention. 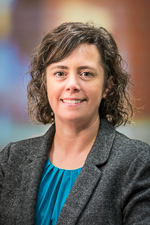