Alzheimer's disease (AD) is a neurodegenerative disorder characterized by progressive memory loss that leads to mild cognitive impairment (MCI) and, eventually, dementia.   Although most AD is late onset (affecting individuals older than 60-65 years), approximately 5% of cases are considered early onset (affecting younger individuals).  Clinical examination is the primary means of diagnosis of MCI or dementia due to AD, although postmortem neuropathologic assessment remains the gold standard for AD diagnosis.    Imaging and laboratory tests play a supporting role in the evaluation of AD and can be used to rule out other possible treatable causes of early-onset cognitive decline (eg, thyroid disease, vitamin B12 deficiency) and support a clinical diagnosis.

The same cerebrospinal fluid (CSF) tests used in early-onset Alzheimer's disease (AD) are used in late-onset AD (see Cerebrospinal Fluid Tests). However, genetic tests for late-onset AD are different from those used for early-onset AD. Late-onset familial AD is thought to involve a number of susceptibility genes,   most prominently the APOE gene. The APOE e4 variant has been robustly associated with the development of late-onset familial AD, whereas the APOE e2 allele is associated with decreased AD risk.   Thus, APOE testing may be used to support the diagnosis of AD in symptomatic individuals.   Although heterozygosity or homozygosity for the APOE e4 allele is associated with an increased risk of developing AD, APOE testing is not sufficiently sensitive or specific for use in predicting disease development.  Lack of the APOE e4 allele does not rule out a diagnosis of AD.  Several other genes have been identified that confer a small (<2%) increased risk of AD, and such genes continue to be the subjects of research.  The current clinical utility of tests for these genes (including gene panels) is limited.

Are APOE tests for Alzheimer's disease the same as other APOE tests?

What tests are being developed for use in Alzheimer's disease?

Although not yet approved for use, plasma tests for beta (β) amyloid are in development and may be useful for the evaluation of Alzheimer's disease (AD) in the future.  Markers of oxidative stress and inflammation may potentially be useful for the investigation of pathologic processes that underlie AD symptoms, but more research is needed.

Laboratory testing for early-onset AD is appropriate for individuals with symptoms of MCI or dementia before 60-65 years of age.

The diagnosis of early-onset AD relies on clinical evaluation and postmortem examination. However, laboratory tests play a supporting role in the evaluation of MCI or dementia related to AD.

The concentration of beta (β) amyloid and tau proteins in the cerebrospinal fluid (CSF) can be used to support the clinical diagnosis of MCI or dementia due to AD,    although they are not specific and are not recommended for routine diagnostic purposes.   Instead, these tests are considered optional tools that can be used based on clinical judgment.  A low concentration (relative to the laboratory-specific standard) of β amyloid in the CSF suggests the possibility of β amyloid deposition in the brain.   An elevated concentration (relative to the laboratory-specific standard) of total or phosphorylated tau protein in the CSF suggests neuronal injury or degeneration.   The simultaneous presence of low β amyloid and elevated tau strongly suggests that MCI is due to AD and also suggests the likelihood of progression to AD dementia in patients with MCI.

Identifying a familial cause of early-onset AD is useful for genetic counseling purposes and may facilitate discussions of prognosis.  Recommended approaches to identify a pathogenic variant include a targeted multigene panel or genomic testing (ie, exome sequencing, exome array, or genome sequencing).  Single-gene testing is generally not recommended  unless a known familial variant exists. Multigene panels should include “causative” genes for early-onset familial AD, and may include genes associated with the development of other neurodegenerative disorders with overlapping symptoms (eg, Parkinson disease).  The specific genes included on multigene panels, and the methodologies used, vary by laboratory.  Genomic testing is reasonable if a multigene panel fails to identify a causative variant.

Pathogenic variants in the APP, PSEN1, and PSEN2 genes are associated with the development of 60-80% of early-onset familial AD cases.  The presence of a causative variant in one of these genes supports the diagnosis of MCI or dementia due to AD.   Predictive testing for asymptomatic adults with a history of early-onset familial AD is possible if the pathogenic APP, PSEN1, or PSEN2 variant is known; if such testing is being considered, genetic counseling is recommended.  Predictive testing is not recommended in children.

Use to confirm diagnosis of early-onset AD in symptomatic individuals

All in the Family: How Genetic Counselors Facilitate Familial Genetic Testing
20 minutes 51 seconds
Free CME credit
Introduction of Next-Generation Sequencing and Its Application to the Diagnosis of Inherited Disorders
52 minutes, 19 seconds 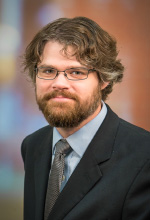