Which types of bariatric surgeries are performed to induce weight loss?

Which testing is appropriate for preoperative gastric bypass assessment?

Individuals being considered for bariatric surgery should have a preoperative nutritional assessment to identify deficiencies that may predispose them to higher risk of nutritional deficiencies postsurgery.  When possible, these deficiencies should be corrected before surgery.  Common testing includes tests for vitamins, folate (ie, vitamin B9), iron, ferritin, and calcium concentrations. See Laboratory Testing for full list of testing to consider.

Which testing is used for postoperative monitoring?

The same tests used for preoperative assessment are also used postsurgery. The biochemical and nutritional testing schedule varies depending on the type of surgery. Refer to the tables in Monitoring for full schedules.

Individuals being considered for bariatric surgery should have baseline biochemical and nutritional testing performed to identify deficiencies that may predispose them to a higher risk of deficiencies after surgery; deficiencies should be corrected before surgery when possible.    Testing for the following micronutrients should be considered.

Vitamin D and calcium levels should be assessed. Vitamin D, 25-hydroxy is a marker of vitamin D stores in the body and is the preferred test. Vitamin D, 1,25 dihydroxy is indicated for renal disease and other special situations and is less commonly used. Calcium may be reduced due to changes in food preferences. Calcium status can be assessed by measuring levels of ionized calcium in serum or whole blood, whereas urinary calcium (24-hour levels) can identify hypocalcuria.

Vitamin B1 should be measured to evaluate patients for thiamine deficiency. Whole blood specimens are required for accurate analysis. Patients should also be assessed for vitamin B12 deficiency, which may take longer to present due to the body’s ability to maintain large stores of the vitamin. B12 deficiency may result from intrinsic factor decrease and loss of absorptive surface. A serum methyl malonic acid (MMA) test is the recommended test for vitamin B12 deficiency.

Patients should be evaluated for folate (B9) deficiency, which is rarely seen due to consumption of fortified foods. Tests for vitamins A, E, and K should be considered as well.

Recommended mineral testing includes zinc testing and iron studies. Zinc deficiency is common in patients with obesity and may be linked to metabolic syndrome.  Iron studies include laboratory tests for iron, iron binding capacity, and ferritin. Iron deficiency may be present before surgery and may be exacerbated by the loss of absorptive surface and/or changes in food preferences. Ferritin testing can be used to evaluate patients for iron deficiency anemia. Ferritin is the most sensitive marker for iron deficiency anemia, but it may be affected by inflammation. Iron and iron binding capacity testing should be used periodically to verify accuracy of ferritin testing; however, this testing is not as sensitive as ferritin testing.

Copper, magnesium, and phosphorous tests should be considered as well.

The postoperative schedule for biochemical and nutritional testing is based on type of surgery: sleeve gastrectomy (SG) or RYGB. 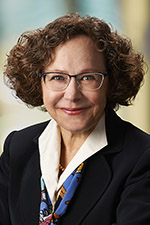