Hemolytic Disease of the Fetus and Newborn

Hemolytic disease of the fetus and newborn (HDFN), also known as hemolytic disease of the newborn (HDN) or alloimmune HDFN, is a potentially severe alloimmune condition that may, on rare occasions, result in stillbirth or neonatal death.   HDFN occurs when fetal red blood cells (RBCs) are destroyed by maternal alloantibodies that have crossed into the fetal circulation, leading to hemolysis and anemia.  Maternal alloantibodies may develop against fetal RBC antigen(s) not possessed by the mother, and typically result from previous transfusion or pregnancy.  At one time, most cases of severe HDFN were due to the RhD antigen; however, the introduction of anti-D immune globulin prophylaxis has dramatically decreased the incidence of HDFN in the United States. ABO blood group incompatibility is now the most common cause.   Laboratory testing for HDFN may be useful for prenatal risk assessment, pre- and postnatal diagnosis, and prenatal monitoring of disease progression.

What types of events may increase the risk of alloimmunization, and how does this affect testing for hemolytic disease of the fetus and newborn?

What are the clinical implications of hemolytic disease of the fetus and newborn?

Hemolytic disease of the fetus and newborn (HDFN) may present with fetal anemia, hyperbilirubinemia, and jaundice due to hemolysis.  If left untreated, hydrops fetalis, premature birth, stillbirth, or neonatal death may occur.  The severity of HDFN varies greatly, and depends on antigen specificity and the amount and type of antibodies present.

Which red blood cell antigens are associated with hemolytic disease of the fetus and newborn?

Antibodies against red blood cell (RBC) antigens in the Rh system are often associated with hemolytic disease of the fetus and newborn (HDFN).  Alloantibodies to RhD, along with Rhc, RhC, RhE, and Rhe antigens, may lead to HDFN of varying severity.  Antibodies to Kell antigens may result in severe HDFN.  Anti-A and anti-B antibodies of the ABO blood group in blood type O mothers commonly cause mild to moderate HDFN.  Other antigens associated with HDFN include Duffy, Kidd, MNSs, MSSs, Lutheran, Diego, Xg, P, and numerous public and private antigens.  Of note, immunoglobulin G (IgG) antibodies (but not IgM antibodies) cause HDFN because only IgG antibodies can cross the placenta.

Which testing algorithms are related to this topic?
Hemolytic Anemias Testing Algorithm

Laboratory testing for HDFN is used to:

ABO/Rh typing and an antibody screen are recommended for all pregnant women to assess the risk of HDFN development, identify alloantibodies, and determine the need for anti-D immune globulin prophylaxis.

Testing for maternal ABO blood group and RhD type is recommended for all pregnant women during the first prenatal visit.   A small subset of mothers may be a serologic weak D type. A serologic weak D is defined as ≤2+ reactivity on RhD forward typing, or a negative initial result that becomes positive after the addition of antihuman globulin (ie, a serologic weak D test). Genotyping is required to determine whether mothers with serologic weak D results are at risk of alloimmunization against the D antigen. Weak D genotypes 1, 2, and 3 are not associated with alloimmunization to the D antigen, whereas other genotyping results may suggest risk, in which case anti-D immune globulin prophylaxis would be required.  Weak D genotyping is not currently performed at ARUP Laboratories.

Antibody testing is also useful for ensuring compatibility of blood products, should they be needed.

If the father of the fetus is negative for the antigen to which the mother has been alloimmunized (and paternity is assured), no further testing is necessary.  If the father is RhD positive, and the RhD-negative mother is sensitized (eg, due to a blood transfusion or a previous pregnancy without anti-D immune globulin prophylaxis), homozygosity or heterozygosity for RhD can be determined by means of RhD genotyping.  If the father is homozygous for the D antigen, then all of his offspring will be RhD positive; if heterozygous, there is a 50% chance that the fetus will be RhD positive.  Genotyping can also be used to determine the paternal genotype for any other HDFN-associated antigen (eg, RhC/c, RhE/e, and Kell), but antigen typing using serology is often sufficient for specificities other than RhD.

If the father of the fetus is heterozygous for the antigen to which the mother has been alloimmunized, or if the father is unknown or unavailable for testing, fetal genotyping can be used to determine the risk of HDFN.   In some cases, it may be reasonable to postpone fetal genotyping until maternal antibody titers would merit fetal monitoring because invasive testing does carry risks of miscarriage or alloimmunization.

Polymerase chain reaction (PCR) on amniotic fluid obtained via amniocentesis is the most common invasive technique used to determine the fetal genotype.  The use of chorionic villus samples is not recommended due to the risk of fetomaternal hemorrhage.  Noninvasive fetal RhD genotyping with maternal cell-free, fetal-derived DNA can be used to avoid these procedure-related risks; however, it is not routinely performed in the U.S. at this time. Noninvasive genotyping for other HDFN-associated antigens may also be employed in the future but is not common practice currently in the U.S.   If the results of noninvasive genotyping are inconclusive, or if the antigen in question cannot be noninvasively genotyped, invasive testing may be warranted.  If the fetus is negative for the antigen in question, further testing may not be necessary, although noninvasive monitoring can be considered.

Antibody titers can be used to monitor the risk of HDFN in pregnancies affected by alloimmunization.  In alloimmunized mothers who have not had a previous HDFN-affected pregnancy, the titer of maternal antibodies against the antigen in question can be used to determine whether intervention may be necessary.  A critical antibody titer indicates significant risk for HDFN and hydrops fetalis and requires fetal monitoring with ultrasound.

Definitions of critical titer thresholds vary, ranging from 8-32 at most centers. The recommended frequency of antibody titers also varies; the American College of Obstetricians and Gynecologists (ACOG) recommends monitoring for anti-D and anti-C every 4 weeks up to 28 weeks of gestation, and then every 2 weeks until delivery.  For all other antibodies except anti-Kell, ACOG recommends testing at 28 weeks.  Serial antibody titers should not be used to monitor fetal status in a mother who has had a previous pregnancy affected by HDFN due to the same antibody.

Imaging, specifically noninvasive fetal middle cerebral artery (MCA) peak systolic velocity (PSV) Doppler ultrasound, is preferred for monitoring the progression of HDFN to determine the need for fetal transfusion or early delivery.  MCA PSV Doppler ultrasound requires a trained practitioner, and the fetus must be of an appropriate age.  Weekly monitoring is appropriate for pregnancies complicated by anti-D, anti-c, and anti-Kell antibodies; for all other antibodies, monitoring every 1-2 weeks is reasonable.  When MCA PSV reaches the critical threshold, intrauterine transfusion may be performed.

Testing for fetomaternal hemorrhage is recommended for all RhD-negative women who have given birth to RhD-positive infants to guide anti-D immune globulin treatment.  The rosette fetal RBC assay is generally used as a first test for hemorrhage.  A quantitative test to determine the percentage of fetal RBCs in the maternal circulation, such as the Kleihauer-Betke test or flow cytometry, is the recommended follow-up approach after a positive fetal RBC rosette assay result.  These results are then used to calculate the appropriate dose of anti-D immune globulin.

Cord blood testing is recommended whenever a mother has known clinically significant RBC antibodies.  Cord blood testing may also be performed if a mother is blood type O and/or RhD negative. ABO/RhD typing and/or a direct antiglobulin test (DAT) may be performed. In the case of an RhD-negative mother, if the neonatal RhD type is initially negative, a serologic weak D test is performed to determine whether or not anti-D immune globulin is needed.

Use to determine the number of copies of the RHD gene

A fetal sample is required for determination of fetal RHD genotype

Use to assess risk for alloimmune HDFN or hemolytic transfusion reaction

Initial screen for K antigen status (not for fetal use) 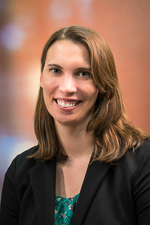 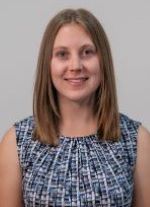 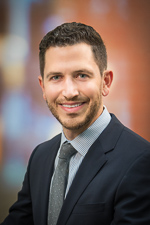