How does hemolytic anemia present clinically?

Which initial tests should be ordered in cases of suspected hemolytic anemia?

The first step in the evaluation of suspected hemolytic anemia is confirmation of hemolysis. A standard workup for hemolysis includes lactate dehydrogenase (LDH), unconjugated bilirubin, and haptoglobin tests, as well as a reticulocyte count. Hemolysis is confirmed by increases in the reticulocyte count, LDH, and unconjugated bilirubin, along with decreased haptoglobin.   A peripheral smear should be ordered after hemolysis is confirmed to provide clues to the etiology of hemolytic anemia.

What can and cannot be deduced from a peripheral smear?

Which testing algorithms are related to this topic?
Hemolytic Anemias Testing Algorithm

Patients with unexplained anemia, particularly with reticulocytosis and/or evidence of hemolysis, should be evaluated for hemolytic anemias. Suggestive symptoms that may prompt investigation include acute jaundice and hematuria, as well as nonspecific symptoms of anemia such as dyspnea and fatigue.

The hemolytic anemias are a clinically heterogeneous group of disorders that can be classified by class or type, mechanism, and whether hemolysis is intravascular or extravascular.

CBC and Workup for Hemolysis

The first step in the evaluation of hemolytic anemia is a CBC, along with a complete clinical examination and family history.  If the CBC reveals normocytic or macrocytic anemia, a reticulocyte count should be performed. A standard workup for hemolysis, including lactate dehydrogenase (LDH), haptoglobin, and unconjugated bilirubin tests, is also recommended.   Urinalysis may be useful and may reveal hemoglobinuria even in the absence of visible RBCs.   Urinary hemosiderin may be detected a week after onset in cases of intravascular hemolysis.

The reticulocyte count, which indicates the bone marrow response to hemolysis, is generally increased in hemolytic anemia unless there is simultaneous iron deficiency or bone marrow suppression.  LDH and unconjugated bilirubin are usually elevated.   Haptoglobin is most often decreased.   Together, reticulocytosis, increased LDH, increased unconjugated bilirubin, and decreased haptoglobin confirm hemolysis.

If not performed with the CBC, a peripheral smear with Heinz body stain should be obtained after confirmation of hemolysis.  Findings noted on the peripheral smear may suggest possible diagnoses that can be determined with the appropriate secondary tests (see Secondary Testing). For a complete testing strategy based on peripheral smear morphology, see the Hemolytic Anemias Testing Algorithm.

Patients with spherocytes on the peripheral smear who have a family history of hereditary spherocytosis, clinical features consistent with this disorder, an increased mean corpuscular hemoglobin concentration (MCHC), and reticulocytosis do not require any additional testing.  Screening tests for hereditary spherocytosis in uncertain cases include the osmotic fragility test, acid glycerol lysis time test, osmotic gradient ektacytometry, and the eosin-5’-maleimide (EMA) binding test.  Sodium dodecyl sulfate-polyacrylamide gel electrophoresis (SDS-PAGE) is recommended if the clinical phenotype is more severe than would be predicted by RBC morphology or when the morphology is more severe than would be expected from studies in an affected family member.  If there is ambiguity in the diagnosis, SDS-PAGE is recommended before proceeding with splenectomy.  Although not generally required in cases of hereditary spherocytosis, molecular genetic testing may be useful if clinical suspicion persists despite negative test results.

There are several different subtypes of HSt, including dehydrated HSt (also known as xerocytosis), overhydrated HSt (also known as hydrocytosis), cryohydrocytosis (CHC), and familial pseudohyperkalemia (FP).   Obtaining an accurate diagnosis is particularly important in HSt because treatment differs depending on the subtype.  Ion flux measurement, ektacytometry, LORCA, or molecular genetic testing can be used to diagnose HSt and identify the subtype.

A mean corpuscular volume (MCV) of 50-60 fL or a greatly reduced mean cell fluorescence (MCF) as detected by EMA supports a diagnosis of hereditary pyropoikilocytosis.  The diagnosis can be confirmed via spectrin analysis, ektacytometry, LORCA, or molecular genetic testing.

Because autoimmune hemolytic anemia may arise from a number of causes, including recent transfusion, infections, other autoimmune conditions, drugs, and lymphoproliferative malignancies, careful consideration of the clinical picture is required.

Other Causes of Hemolytic Anemia

The clinical history, initial evaluation, and peripheral smear may suggest another cause for hemolytic anemia (eg, abnormal inclusions on the peripheral smear in cases of infection).  Selecting the appropriate laboratory tests requires careful clinical judgment. See the Hemolytic Anemias Testing Algorithm for a suggested testing strategy based on peripheral smear and clinical findings.

Genetic testing can be performed to confirm a diagnosis, determine a diagnosis, or assess recurrence risk for a hereditary hemolytic anemia. Panel testing may be useful to distinguish between disorders with overlapping clinical presentations. Genes tested, clinical sensitivity, costs, and methodology vary between panels; clinical judgment is required to select the appropriate panel test. Familial variant testing may be useful to confirm or rule out a diagnosis in at-risk family members if a known familial variant exists. More comprehensive testing (eg, whole exome sequencing) may also be useful in certain circumstances.

Use to assess hemolysis

Use to evaluate cellular morphology

Use as a nonspecific screen for hemolysis due to drugs/toxins, enzyme deficiencies, thalassemias, and unstable hemoglobins

Useful for antibody identification and evaluation of transfusion reactions, hemolytic disease of the fetus and newborn (HDFN), and autoimmune hemolytic anemia associated with disease and/or drugs

Use to detect hemosiderin, which may be detected a week after onset in cases of intravascular hemolysis

Use to determine if Donath-Landsteiner antibodies are present

Use to diagnose paroxysmal cold hemoglobinuria

The presence of other red blood cell antibodies may interfere with testing, leading to inconclusive results

Use to identify antibodies as cause of hemolysis

A faculty hematopathologist personally directs and interprets each stage of testing to completion; a comprehensive report is provided

For initial screening for G6PD deficiency, refer to Glucose-6-Phosphate Dehydrogenase (0080135) 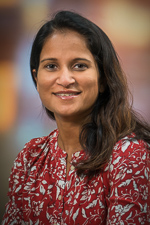