Tuberculosis (TB) is a potentially deadly infectious disease caused by the Mycobacterium tuberculosis (MTB) bacterium. TB is a leading cause of infectious disease morbidity and mortality worldwide and is often difficult to diagnose, given that individuals with MTB infection may develop symptoms and signs of disease (active TB) or may have no clinical evidence of TB (latent TB infection [LTBI]).  Laboratory testing is used to screen for and diagnose TB; accurate diagnosis is extremely important to determine proper treatment and for appropriate disease reporting. Immunologic tests indicate the presence of MTB and are recommended for patients at high risk for LTBI. Diagnostic tests indicate MTB infection in patients with suspected active TB. Some tests (eg, culture and nucleic acid amplification [NAAT]) can confirm TB diagnosis and provide evidence for possible drug resistance and susceptibility.

What is the role of laboratory testing in the diagnosis of latent tuberculosis infection and active tuberculosis?

How do nontuberculous mycobacteria affect the diagnosis of tuberculosis?

Nontuberculous mycobacteria (NTM) include over 160 different bacterial species. The clinical symptoms and acid-fast-bacilli (AFB) smear results for diseases caused by NTM and Mycobacterium tuberculosis (MTB) are often indistinguishable. As a result, patients infected with NTM often receive unnecessary TB treatment. Improper diagnosis and treatment complicate patient management and contribute to the development of drug resistance. As such, the accurate diagnosis of TB and NTM infection is extremely important for the implementation of appropriate treatment and disease reporting.  Laboratory approaches such as culture and nucleic acid-based testing are essential for accurate diagnosis.

How are people living with HIV impacted by tuberculosis infection?

People living with HIV are much more likely to become sick with tuberculosis (TB). In fact, TB is one of the leading causes of death among people living with HIV worldwide. HIV infection is the strongest risk factor for progression of latent TB infection (LTBI) to TB disease. Because of their elevated risk, frequent TB screening is recommended for persons living with HIV. Additionally, persons diagnosed with LTBI or TB disease who do not know their HIV status should receive testing to better understand their risk and help inform proper medical management.

What are special considerations in the diagnosis of extrapulmonary tuberculosis?

Diagnosis of extrapulmonary tuberculosis (TB) can be challenging. Most established TB tests have been optimized for sputum samples and have low sensitivity in different sample types. Additionally, nonsputum samples are often paucibacillary, which further reduces test sensitivity. Because of this, negative test results cannot confirm the absence of extrapulmonary Mycobacterium tuberculosis (MTB) infection. A combination of acid-fast-bacilli (AFB) staining, culture, tissue biopsy, and histologic, immunologic, and nucleic acid-based tests may be required to diagnose extrapulmonary TB.

Individuals who are at increased risk for TB infection should undergo laboratory testing. Those with elevated risk include people who have spent time with someone who has TB disease, people from a country where TB is common, healthcare workers who care for high-risk patients, infants and adolescents who have been exposed to high-risk adults, or people who work in high-risk settings such as correctional facilities or long-term care facilities.  Many institutions require LTBI testing before employment or enrollment.

Individuals with clinical suspicion for TB disease should receive diagnostic testing. Pulmonary TB should be suspected in persons who experience coughing for longer than 3 weeks, hemoptysis, or chest pain. Other symptoms of TB disease include unexplained weight loss, loss of appetite, night sweats, fever, or fatigue.

LTBI tests investigate the presence of MTB bacterium in an individual by measuring immune response. Two main types of tests are used to determine the presence of LTBI: skin and blood tests. Screening tests cannot differentiate between LTBI and TB disease and should not be used in patients with active disease symptoms. Generally, screening tests should not be used for testing persons with a low risk of LTBI or TB disease.  A tuberculin skin test (TST) or an interferon-γ release assay (IGRA) can be used interchangeably for persons with moderate to high risk of infection, although clinical evaluation may help determine that one test is better suited for a specific situation.

A TST is performed by injecting tuberculin into the lower arm. The reaction should be evaluated at a second appointment 2-3 days after the initial injection. A positive result indicates the presence of MTB. A negative result indicates that TB infection is unlikely.  The TST is the preferred test for children 5 years or younger who are at high risk for infection and disease progression.  A TST is not recommended for persons who have been vaccinated for TB with bacille Calmette-Guérin (BCG) because of an increased risk of false-positive results. Persons who have had a severe reaction to a TST previously should instead undergo IGRA testing in future evaluations.

IGRAs measure the immune response to MTB. IGRA testing is preferred in individuals who may have difficulty returning for a follow-up appointment and in those who have received BCG as a vaccine or for cancer therapy.  IGRA testing is relatively fast and does not require a follow-up appointment to determine results. However, IGRAs should not be used for children 5 years or younger.

A definitive diagnosis of active TB requires bacteriologic confirmation.  For pulmonary TB, the preferred sample type is freshly expectorated sputum; a volume of 5-10 mL is preferred, but testing can be performed on volumes as low as 3 mL.  If the patient is not spontaneously producing sputum, induced sputum is also acceptable.  The recommended sample type varies for extrapulmonary TB.  For a complete and accurate medical evaluation, samples should be tested with a combination of the tests described below. These tests are generally ordered concurrently.

For all patients with suspected pulmonary TB, the CDC recommends performing an acid-fast-bacilli (AFB) smear on three different sputum specimens.  A positive AFB smear can indicate TB disease, but does not confirm MTB infection. This is because some nontuberculous mycobacteria (NTM) are also acid fast.  AFB smears are rapid first-line tests, and their results correlate with the likelihood of TB transmission, but accurate species identification requires positive culture or NAAT results.

The CDC recommends performing a NAAT on the initial respiratory specimen from patients with suspected pulmonary TB.  NAATs are rapid and highly specific, although they are often less sensitive than culture. A NAAT, unlike an AFB smear, can distinguish MTB from NTM. A positive NAAT result with or without a positive AFB smear is considered sufficient evidence for TB diagnosis.

NAATs and other molecular tests (such as sequencing) can detect various drug-resistance genes. Molecular tests are recommended for rapid identification of drug resistance and susceptibility. Diagnostic test results and patient history should be taken into account when considering which NAAT is most appropriate.

Mycobacterial culture is a recommended test for the diagnosis of TB, and a positive culture is considered confirmatory. The CDC recommends that all specimens be cultured, regardless of AFB smear results.  However, because of the relatively long turnaround time for culture (up to 6-8 weeks), a positive culture is not always necessary to begin or continue treatment.   Once growth is detected, species identification can be performed if necessary.

An AFB smear, culture, and NAAT should be used to evaluate extrapulmonary TB, but the selection of sample type and quantity requires clinical evaluation.

May be used in persons who have received BCG vaccine

Identify mycobacterial isolates, including requests for speciation within the M. tuberculosis complex

Order for AFB culture of blood or bone marrow specimen

If a significant organism is identified, then the appropriate susceptibility panel will be added

Methods may include biochemical, mass spectrometry, or sequencing/Susceptibility Testing

For the panel test that includes culture and stain, refer to Acid-Fast Bacillus (AFB) Culture and AFB Stain 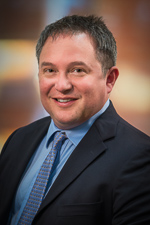