HIV type 1 (HIV-1) and type 2 (HIV-2) are the two etiologic agents of AIDS. Although pre- and postexposure treatments have become available to avoid contracting HIV, infection rates remain high among at-risk populations, and HIV continues to be a major public health problem.

Screening, both population screening and more frequent screening in those at risk, is recommended in asymptomatic individuals because the early detection of disease is critical for improving treatment outcomes. Diagnostic testing includes “fourth generation testing” that detects both HIV antigens and antibodies, HIV-1/HIV-2 antibody differentiation testing, and nucleic acid amplification testing (NAAT).  For more information, see Screening and Diagnostic Testing.

How quickly can HIV be detected after infection?

The length of time after exposure before HIV infection can be detected (window period) depends on the type of test used.  Nucleic acid amplification testing (NAAT) can identify HIV 10-33 days after infection. Fourth generation antigen/antibody tests can detect HIV 18-45 days after infection.  Antibody-only tests require additional time to yield reliable results (23-90 days after exposure) because the patient must mount an immune response to the HIV infection before antibodies can be detected.  NAAT is not generally recommended for initial screening in asymptomatic patients.  However, NAAT is recommended in certain cases, such as in patients who present with symptoms of HIV infection with known recent exposure, in infants born to individuals with HIV, and for monitoring of disease (see Laboratory Testing).

Is repeat testing recommended after a negative HIV test result?

If a rapid test result is negative in a patient with a possible exposure, testing should be repeated after the window period to confirm the negative result.  In general, repeat testing should be considered in high-risk patients if clinically indicated.

The use of preexposure prophylaxis (PrEP) can reduce the accuracy of diagnostic tests, including antibody testing, antigen testing, and nucleic acid amplification testing (NAAT).

When is testing for archived proviral DNA useful?

When an individual contracts HIV, the virus is integrated into the genome of the CD4 cells, some of which survive the infection.  The HIV DNA in those CD4 cells is referred to as archived proviral DNA, and it can be detected in whole blood even when the viral load is too low to be detected by standard plasma nucleic acid amplification testing (NAAT).  Thus, genotyping proviral, or archived, DNA may be useful in detecting drug resistance in patients whose plasma HIV RNA concentrations are too low to be detected.  Testing for proviral DNA may assist in diagnosing infants with perinatal exposure because proviral DNA is less likely to be affected by maternal use of antiretrovirals (ARVs).

What is transmitted drug resistance, and how does it relate to antiretroviral testing?

HIV-infected individuals with resistant viral strains may pass those strains on to others.  Transmitted drug resistance is linked to impaired virologic response to initial antiretroviral therapy (ART) regimens.  Ten to 17% of individuals with HIV in high-income countries who have not yet been treated with ART have resistance to at least one ART drug,  which underscores the importance of resistance testing in treatment-naive patients before therapy initiation.

Should antiretroviral therapy be delayed until drug resistance test results are obtained?

Antiretroviral therapy (ART) should begin within 7 days of an HIV diagnosis, and as early as the day of diagnosis if immediate treatment can be coordinated.  The start of treatment should not be postponed until resistance test results are received; the regimen can be adjusted if necessary after results are in.  Several studies have shown improved viral suppression outcomes in patients who begin treatment promptly, although this favorable outcome may not continue after the first year.  The rapid treatment recommendation applies to all patients with HIV who do not have opportunistic infections (including pregnant patients and those with malignancies), even if the HIV diagnosis is uncertain because of discrepant test results.  Even in patients with opportunistic infections, starting ART within 2 weeks of HIV diagnosis is often recommended.  However, initiation of ART may be delayed for patients with tuberculosis and CD4 cell counts of ≥50/µL (ART should be initiated within 2-8 weeks after the start of tuberculosis therapy) and for patients with cryptococcal meningitis (ART should be initiated 4-6 weeks after the initiation of antifungal therapy).

What is the optimal timing for resistance testing in cases of treatment failure?

In patients who experience virologic failure during antiretroviral therapy (ART), resistance testing is most informative if performed while the patient is still receiving the regimen or within 4 weeks of therapy cessation to ensure that the resistant virus will be detected if present.  Acquired drug resistance in HIV occurs during therapy as a result of drug pressure (selection). When an ART regimen is discontinued or interrupted, the HIV population within a patient may revert to primarily wild type within 4-6 weeks.  The drug-resistant virus may still be present, but at concentrations below the limit of detection of genotypic or phenotypic tests.  However, even low concentrations of drug-resistant virus can lead to treatment failure when ART is reinitiated.

What is the role of next generation sequencing in testing for resistance to antiretroviral therapy drugs?

Recommendations for laboratory testing to screen for HIV vary based on the patient and recommending organization. Screening at least once is recommended in all individuals; more frequent screening is recommended in individuals at high risk and those who are pregnant. Groups at greatest risk for HIV include men who have sex with men (MSM); individuals with HIV-positive sexual partners; intravenous drug users; individuals with other sexually transmitted infections; and individuals who have had multiple sex partners since their last HIV test or have had partners with HIV risk factors or an unknown sexual history.  Additionally, screening is also appropriate in individuals considering pre- or postexposure prophylaxis.

Laboratory testing to diagnose HIV infection is appropriate in individuals with a positive screening test result, symptoms of HIV infection, or recent exposure to an HIV-infected person, and in infants born to HIV-positive mothers.

Testing to monitor treatment is appropriate for patients who are currently receiving ART for HIV.

Many types of tests are used to screen for and diagnose HIV. Rapid screening tests can be performed at the point of care (POC) and provide results within minutes; however, these tests are not as reliable as combined antigen/antibody tests (fourth generation tests), which can be used for screening or diagnosis. Confirmatory tests are supplemental tests used to confirm the diagnosis in patients with repeatedly reactive fourth generation antigen/antibody tests. Finally, follow-up tests are used if discrepancies exist between the screening and confirmatory tests.

The types of tests used in screening and diagnosis are detailed below; refer to ARUP's Human Immunodeficiency Virus in Adults and Adolescents Testing algorithm and to the ARUP HIV Screening and Diagnostic Test Offerings for an overview of testing strategy.

ARUP offers a variety of tests for HIV screening and diagnosis. Different tests may be appropriate, depending on the needs of the patient.

Refer to the ARUP Treatment-Related HIV Test Offerings table for a brief overview of the ARUP tests covered in this section.

After an established diagnosis of HIV and before beginning treatment with ART, initial recommended laboratory tests include the HIV RNA level, CD4 T-lymphocyte cell count, tests for other infections (eg, hepatitis B virus [HBV], hepatitis C virus [HCV], and tuberculosis), and tests to assess general health, such as CBC, kidney and liver function, lipid level, and glucose level tests.   A pregnancy test should be given to individuals who have a uterus and are of childbearing age before beginning treatment.  ART initiation should not be delayed by these test results unless kidney or liver damage is discovered or transmitted drug resistance is strongly suspected.

Drug resistance testing involves genotypic or phenotypic testing to evaluate viral strains and guide the selection of therapy regimens.  These tests are designed to detect resistance to the various classes of ART drugs. Resistance testing should be performed in early HIV infection even if the patient has opted to postpone ART so that the results will be available when the individual begins therapy.  However, repeat testing at the start of therapy should be considered because of the possibility that a drug-resistant virus (superinfection) has been acquired between initial diagnosis and ART initiation.  Resistance testing should also occur at treatment failure and when a regimen switch is planned.

Genotypic is preferred over phenotypic testing in most contexts (eg, in patients with known drug resistant-variant patterns and in those anticipated to have uncomplicated variant patterns) because of its faster turnaround time, lower cost, and greater sensitivity for combinations of wild-type and resistant virus.  Additionally, test interpretation is more straightforward than with phenotypic tests.

Genotypic assays generally use either Sanger sequencing or next generation sequencing (NGS) to identify variants in the reverse transcriptase (RT), protease resistance (PR), and integrase genes of circulating HIV RNA, which may assist in identifying resistance to nucleoside reverse transcriptase inhibitors (NRTIs), non-NRTIs (NNRTIs), integrase strand transfer inhibitors (INSTIs), and protease inhibitors (PIs).  Testing is also available to detect variants in the gp41 gene, which are associated with resistance to fusion inhibitors (ie, enfuvirtide).  The International Antiviral Society–USA has a list of resistance-associated variants,  and the Stanford University HIV Drug Resistance Database  is a useful resource to aid in genotypic test interpretation.

Therapy-Experienced Patients. In patients currently being treated with ART, resistance testing is recommended in those with an unsatisfactory decrease in viral load and in those with treatment failure, as indicated by virologic failure and HIV RNA measurements >1,000 copies/mL.  In patients with HIV RNA values between 500 and 1,000 copies/mL, drug resistance testing may be inconclusive but should still be considered.

Phenotypic assays are used to evaluate whether the virus is able to replicate in the presence of various ART drug concentrations. Phenotypic testing should be performed in addition to genotypic testing in patients who are known or anticipated to have complex drug-resistant variant patterns.

Phenotypic coreceptor tropism assays are also preferred over genotypic assays when a CCR5 antagonist (or receptor inhibitor [RI]) is under consideration or when a patient experiences virologic failure while receiving a CCR5 antagonist (eg, maraviroc).  Coreceptor tropism testing is also useful to guide treatment in ART-experienced patients with significant drug resistance or consistently high concentrations of HIV RNA.

The HLA-B*5701 genotyping test is required by the U.S. Food and Drug Administration (FDA) before treatment with abacavir to identify patients at risk for abacavir hypersensitivity.   Abacavir should not be administered if the patient is a carrier of HLA-B*5701, regardless of age. Risk of hypersensitivity is the same whether the patient carries one or two copies of the variant allele.  For more information, see the ARUP Consult Germline Pharmacogenetics topic.

Quantitative viral load testing can help to determine a therapeutic plan and is used for monitoring during treatment.  After the initiation of ART, patients should be evaluated within 6 weeks to assess their viral load, as well as their ability to tolerate the therapy and adherence to treatment.  Appropriate monitoring tests include quantitative NAAT and quantitative CD4 lymphocyte tests. Although the absolute CD4 lymphocyte count can aid in the monitoring of HIV, CD4 testing is not required for patients once viral suppression has been established (ie, is stable).  The HIV Medicine Association recommends the CD4 count be monitored every 3-6 months for the first 2 years after treatment begins; after 2 years, in patients with an undetectable viral load and CD4 counts of 300-500 cells/mm3, the CD4 count should be measured annually.  CD4 monitoring can be considered optional once the CD4 count is consistently >500 cells/mm3.

Refer to the HIV Diagnostic Tests at a Glance table for more information about the following tests.

Refer to the ARUP Treatment-Related HIV Test Offerings table for more information on the following tests.

Refer to the ARUP HIV Monitoring Test Offerings table for more information on the following tests. 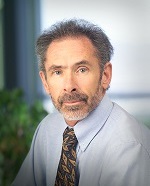