In the United States, ovarian cancer accounts for more deaths than any other gynecologic cancer.   Ovarian cancer can be broadly divided into epithelial and nonepithelial types; epithelial cancers comprise 90% of all cases of ovarian cancers. Screening methods have not been found to reduce mortality, and because early symptoms tend to be nonspecific, most patients present with advanced-stage tumors.   An evaluation for ovarian cancer may be prompted by symptoms (eg, bloating, pelvic or abdominal pain) or the discovery of an adnexal or pelvic mass.  Laboratory testing should include an assessment for serum biomarkers, as well as somatic and germline molecular testing, to assist in treatment decision-making and to determine familial risk.

Is screening for ovarian cancer recommended?

Routine screening for ovarian cancer with cancer antigen 125 (CA-125) testing and/or ultrasound is not recommended for the general population because such screening does not reduce mortality.    Screening may also yield false-positive results, leading to unnecessary stress and surgery.   Although other biomarkers (eg, B7-H4, human epididymis protein 4 [HE4], mesothelin) have been studied for their potential value in screening for ovarian cancer, none has been found to be a reliable marker in early-stage disease.

Due to their increased risk, individuals with a personal and/or family history of ovarian cancer and/or pathogenic variants in BRCA1 or BRCA2 stand to benefit more than the general population from a reliable method for early detection, although screening is not yet recommended for this group.   However, transvaginal ultrasound or serum CA-125 testing may enable short-term surveillance in high-risk individuals 30-35 years of age who choose to defer risk-reducing surgery.

The U.S. Food and Drug Administration (FDA) has approved several multivariate index assays (MIAs) that, in conjunction with other factors, may be used “to augment the identification of patients whose gynecologic surgery requires oncology expertise and resources.”   These tests are recommended for supplemental use only by the FDA and are not indicated for screening.

What are the histologic subtypes of ovarian cancer?

Tumors of varying subtypes often look similar, making it difficult to distinguish between them.  Using immunohistochemistry (IHC) to assess for markers associated with particular subtypes can assist in differential diagnosis.

For detailed information on the histologic subtypes of ovarian cancer, see the 2014 WHO Classification of Tumors of Female Reproductive Organs.

Diagnosis, staging, and prognosis of ovarian cancer are largely determined through surgical pathology.  However, a preoperative assessment that includes certain biomarkers (described in the following sections), in addition to imaging, physical examination, and some basic laboratory tests such as CBC, chemistry profile, and liver function tests, may provide a gynecologic oncologist with information useful in determining if surgery is the right option for a particular patient.  These biomarkers may also have prognostic value and can be used to monitor treatment response and to monitor for recurrence.  If serial testing is required (eg, for monitoring disease course or for recurrence), all testing should be conducted by the same method at the same laboratory to avoid confounding clinical evaluation and treatment decisions.

Testing for cancer antigen 125 (CA-125) concentrations in serum is recommended as part of the preoperative workup for ovarian cancer because CA-125 levels typically correlate with the extent of disease and may be useful in treatment planning.

CA-125 is useful in monitoring treatment response in patients with ovarian cancer.   In patients with initially elevated CA-125, concentrations generally correlate with disease activity,  decreasing during treatment response and increasing in cases of disease progression and drug resistance.  However, CA-125 concentrations may return to normal even in the presence of persistent disease, so measuring CA-125 is not an optimal approach to determine if therapy should be terminated.

Some evidence suggests that human epididymis protein 4 (HE4) concentrations may have prognostic value for epithelial ovarian cancer,   and some studies have indicated that high HE4 levels may be a stronger marker of worse prognosis than high CA-125 levels.  However, results are not consistent across studies, and HE4 testing is not recommended as a routine element of the workup for ovarian cancer.

Testing for other biomarkers may be useful in certain clinical scenarios, specifically in the assessment of certain nonepithelial ovarian cancers.

The presence of certain markers can help inform treatment decisions, and after diagnosis and staging, testing for these markers should be performed on tumor tissue.

Other genetic alterations in the homologous recombination (HR) pathway can also result in HRDs.  An assessment for variants in other HR genes (eg, RAD51C/D, PALB2, and BRIP1) may be considered  ; however, apart from BRCA1 and BRCA2 testing, HRD testing does not adequately differentiate patient response to PARP inhibitors, and its routine use is not recommended.

Mismatch repair (MMR) or microsatellite instability (MSI) testing can be used to assist in treatment decisions and screen for Lynch syndrome/hereditary nonpolyposis colorectal cancer (HNPCC). Patients with MMR-deficient (dMMR) or MSI-high (MSI-H) tumors are eligible for treatment with pembrolizumab.   Somatic testing for MMR deficiency should be offered to patients with clear cell, mucinous, or endometrioid ovarian cancer, and may be offered to patients diagnosed with other subtypes of epithelial ovarian cancer.  Immunohistochemistry (IHC) can be used to detect DNA MMR protein, and polymerase chain reaction (PCR) testing can be used to test for MSI.

Germline Genetic Testing in Other Situations

Individuals considered to be at risk for hereditary ovarian cancer should be offered genetic counseling, even if they are not currently being assessed for ovarian cancer.    According to the National Comprehensive Cancer Network (NCCN), genetic testing is clinically indicated for individuals:

Testing may be considered in individuals:

Refer to the Hereditary Cancer Testing Criteria in the NCCN guidelines for the complete criteria.

May be useful in the initial evaluation of ovarian cancer, including diagnosis, prognosis, and treatment monitoring, and in surveillance for recurrence

May be useful in conjunction with CA-125 for the evaluation of ovarian cancer, including prognosis and treatment monitoring

May be useful in the evaluation of malignant germ cell ovarian tumors, including diagnosis, prognosis, and monitoring for recurrence

May be useful in the evaluation of mucinous ovarian cancer, including diagnosis and monitoring for recurrence

May be useful in the evaluation of sex cord-stromal tumors of the ovary, including diagnosis and monitoring for recurrence

Use to assist in treatment decisions by identifying MSI-H tumors 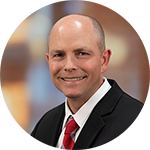 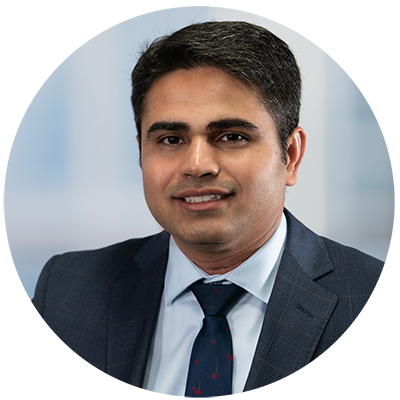 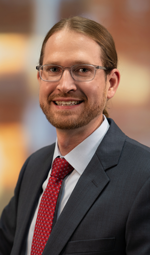 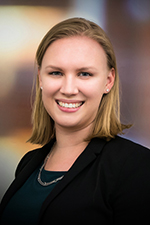