Sepsis is a severe illness characterized by a systemic, whole-body response to infection and is a frequent cause of morbidity and mortality in hospitalized patients. Sepsis is most common in older individuals and infants, and can be difficult to diagnose due to its variable presentation. Because there is no confirmatory diagnostic test, sepsis diagnosis requires clinical judgment based on evidence of infection and organ dysfunction.

The clinical practice guideline issued by the Surviving Sepsis Campaign (SSC) emphasizes the importance of early identification and immediate management of infection, which includes obtaining cultures and measuring serum lactate as soon after patient presentation as possible. The SSC recently released a 1-hour bundle that combines the SSC’s previous 3-hour and 6-hour bundles and recommends beginning sepsis management and treatment immediately at the point of presentation.

Who is at risk of developing sepsis?

While anyone can develop sepsis, certain individuals are at higher risk, including the following  :

What role does laboratory testing play in diagnosing and monitoring sepsis?

There is no definitive diagnostic test for sepsis. Along with clinical data, laboratory testing can provide clues that indicate the presence of or risk of developing sepsis. Serum lactate measurement may help to determine the severity of sepsis and is used to monitor therapeutic response. Peripheral blood cultures are useful for investigating the infectious etiology of sepsis and for managing appropriate antimicrobial treatment. Other tests, including CBC and chemistries, provide a baseline to assess therapeutic response.

What role does procalcitonin play in a sepsis workup?

Procalcitonin (PCT) levels provide supportive evidence that systemic inflammation is due to bacterial infection. As such, PCT testing can be useful in decreasing the unnecessary use of antibiotics. PCT levels may also be used to predict 28-day cumulative mortality risk for patients diagnosed with sepsis. A PCT concentration that has not declined by 80% or more between days 1 and 4 of admission is consistent with a higher cumulative mortality risk.

Individuals with one or more risk factors and relevant clinical presentation (eg, possible source of infection and systemic signs of inflammation or organ dysfunction) should be screened for sepsis.

Sepsis was redefined in the Third International Consensus Definitions for Sepsis and Septic Shock (Sepsis-3) as “life threatening organ dysfunction caused by dysregulated host response to infections.”  This definition was endorsed by the Society of Critical Care Medicine (SCCM) and the European Society of Intensive Care Medicine (ESICM).  For clinical purposes, organ dysfunction is represented by an increase in the Sequential (Sepsis-Related) Organ Failure Assessment (SOFA) Score of 2 points or more, which is associated with an in-hospital mortality greater than 10%.  A baseline SOFA score of 0 is used unless the patient has preexisting organ dysfunction before the onset of current infection.  Sepsis inflammatory response syndrome (SIRS) criteria are no longer considered in the identification of sepsis and septic shock.

Adult patients outside of intensive care units (ICUs) (ie, in the inpatient or outpatient setting) with suspected infection are at risk of sepsis development if they meet two or more quick SOFA (qSOFA) Score criteria.

Septic shock is a subset of sepsis characterized by circulatory, cellular, and metabolic abnormalities that are associated with a greater risk of mortality than sepsis alone. Septic shock can be identified by the presence of sepsis in addition to the following :

Although there is no definitive confirmatory diagnostic test for sepsis, the following laboratory tests can help assess organ dysfunction and contribute to the clinical diagnosis and appropriate medical management of sepsis.

Sepsis-induced hypoperfusion may manifest with acute organ dysfunction and/or decreased blood pressure and increased serum lactate. Lactate >2 mmol/L is considered abnormal and levels >4 mmol/L often suggest occult hypoperfusion and should trigger resuscitation.  Increases in serum lactate concentrations are associated with a higher risk of developing overt septic shock and with poor outcome in general.

Two sets of blood cultures (aerobic and anaerobic) should be obtained from two different sites before administering antibiotics to ensure accurate identification of pathogens and proper medical management of infection.

Procalcitonin (PCT) is an acute phase reactant that is used as a biomarker for the diagnosis of sepsis and as a guide for antibiotic stewardship.   Refer to the Monitoring section below.

C-reactive protein (CRP) is a nonspecific marker of acute inflammation. CRP does not peak for up to 48 hours after the onset of sepsis and its concentration does not correlate with sepsis severity or prognosis. However, there is good evidence that the use of CRP testing may help rule out neonatal sepsis in full-term infants. Recent studies suggest similar efficacy in preterm infants.

CBC, bilirubin, and creatinine tests are also used in calculating SOFA scores and may help identify patients with sepsis.

Lactate levels >2 mmol/L should be remeasured within 2-4 hours to guide resuscitation and normalization of lactate.  The American College of Emergency Physicians (ACEP) suggests remeasuring lactate at least 1-2 hours after starting resuscitation in patients with initially abnormal lactate concentrations; remeasuring lactate levels sooner than this does not appear to be helpful.

The SSC suggests that PCT measurements can be used to support shortening the duration of antimicrobial therapy in some patients with sepsis, such as those with bacterial pneumonia or lower respiratory tract infections.

PCT measurements also provide supportive evidence that systemic inflammation is due to bacterial infection and can be used to predict 28-day cumulative mortality risk for patients diagnosed with sepsis. Decreased PCT levels are independent predictors of mortality in patients with sepsis. The multicenter Procalcitonin Monitoring Sepsis (MOSES) study found that a PCT concentration that has not declined by 80% or more between days 1 and 4 of admission is consistent with a higher cumulative mortality risk.

May indicate severity of sepsis; can be used to monitor therapeutic response

Nonspecific marker of acute inflammation; may aid in ruling out neonatal sepsis in full-term infants

May be used to identify pathogens before treatment

May be used to assess therapeutic response 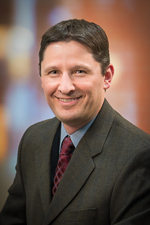