Skeletal dysplasias, also known as osteochondrodysplasias, are a heterogeneous group of more than 450 disorders that are characterized by abnormal growth of cartilage or bone.  Some skeletal dysplasias manifest in utero, whereas others are not detected until after birth or in later childhood. Many skeletal dysplasias are lethal before or within 6 weeks of birth, although others do not affect lifespan. Ultrasound findings are often the initial indicators of skeletal dysplasias, but genetic testing is essential for definitive diagnosis, which can improve clinical care, inform management and treatment decisions,  and provide information about familial risk of recurrence. Genetic tests, which can be performed prenatally or postnatally, are available to evaluate individual genes or a panel of genes for variants. Panel testing is especially helpful when clinical findings are ambiguous and suggest more than one type of skeletal dysplasia. Single-gene tests are appropriate when the causative variant has been previously identified in an affected parent or family member or when a patient’s indications are specific for a certain type of skeletal dysplasia.

Signs and symptoms vary based on the specific skeletal dysplasia, but common findings may include shortening of the bones of the arms and legs >3 standard deviations below the mean; head circumference >75th percentile; bowed, fractured, irregular, thickened, or thin bones, or undermineralization of bones; abnormal ribs and a small chest circumference; and polydactyly.

When is prenatal or postnatal testing appropriate?

When should single-gene tests as opposed to a panel be ordered?

Targeted testing for a specific gene variant can be ordered when a causative variant has been identified in an affected family member. Testing for a specific skeletal dysplasia (eg, achondroplasia) should be performed when the clinician desires molecular confirmation of a suspected clinical diagnosis. A panel should be ordered when the differential diagnosis includes more than one type of skeletal dysplasia, given that it can be costly and time consuming to order several individual gene tests simultaneously or consecutively.

What is the benefit of prenatal molecular testing for skeletal dysplasias?

Only 40% of affected fetuses are correctly identified by ultrasound alone,  which emphasizes the importance of confirming the diagnosis with genetic testing. Identifying the genetic etiology of a skeletal dysplasia can guide clinical care decisions such as the mode of delivery of the newborn.  Developing a delivery and resuscitation plan with clinical geneticists, neonatologists, obstetricians, and anesthesiologists can improve postnatal management of the newborn.

Molecular testing for skeletal dysplasias is useful to  :

Molecular analysis, in addition to clinical assessment and radiography, is recommended for definitive diagnosis of a skeletal dysplasia in affected individuals and can be performed prenatally or postnatally. Such testing can also determine the mode of inheritance and risk of recurrence in future pregnancies. Targeted testing of variants identified in an affected child may be recommended in unaffected parents to confirm whether the identified variants are on opposite chromosomes. The genetic cause has been determined for more than 350 of the over 450 known skeletal dysplasias.

Because some skeletal disorders are due to variants in more than one gene and because one clinical feature may not be specific to a certain skeletal dysplasia, a multigene panel is often recommended to identify the pathogenic variant(s). Panels are especially useful when a differential diagnosis includes more than one type of skeletal dysplasia. Panel testing can also reduce the time to diagnosis and, therefore, can be more cost- and time-efficient than testing individual genes.  A list of tested genes and their corresponding disorder(s) can be found in the Skeletal Dysplasia Panel Test Fact Sheet.

Testing for a single condition may be appropriate when there is high clinical suspicion for a particular skeletal dysplasia. Otherwise, panel testing is preferred because testing for a specific disorder targets only the particular variants known to cause the condition. For example, disorder-specific testing is offered for the following four common skeletal dysplasias.

Achondroplasia is the most common nonlethal skeletal dysplasia in humans and is characterized by short stature with disproportionately short arms and legs, a large head, and normal intelligence. Although individuals with achondroplasia have increased risk for death in infancy from compression of the spinal cord and/or upper airway obstruction, most have a normal lifespan. Two FGFR3 gene variants, c.1138G>A and c.1138G>C, are causative for >99% of cases. Achondroplasia is autosomal dominant, and 80% of cases are due to de novo variants.

Hypochondroplasia is characterized by short stature; stocky build; a large head; shortening of the proximal or middle segments of the extremities; short, broad hands and feet; limitation of elbow extension; and mild joint laxity. It is an autosomal dominant condition, which usually arises from a de novo mutation; 70% of cases result from an adenine or guanine substitution for cytosine at nucleotide 1620 in the FGFR3 gene. Clinical features are not evident in infancy but become apparent in childhood.

Thanatophoric dysplasia (TD) is characterized by micromelia, macrocephaly, short ribs, and a narrow thorax. It is divided into TD type 1, which is associated with bowed femurs, and TD type 2, which is characterized by straight femurs and a cloverleaf skull.  Death usually occurs from respiratory insufficiency or brain stem compression within hours or days of birth. There are 13 pathogenic variants in the FGFR3 gene that are known to be causative for TD.

Osteogenesis imperfect (OI), also known as brittle bone disease, is characterized by short stature, fractures caused by minimal or no trauma, dentinogenesis imperfecta, and postpubertal hearing loss.  Symptoms of OI vary widely in affected individuals; some may have a mild predisposition to fractures, whereas others may die in the perinatal period.  OI is most often caused by pathogenic variants in the COL1A1 (responsible for approximately 5-70% of cases) and COL1A2 (responsible for approximately 5-30% of cases) genes, which are inherited in an autosomal dominant manner.

Use to confirm clinical or suspected diagnosis of achondroplasia

Use to confirm clinical diagnosis of OI 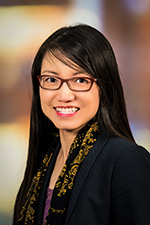