Thyrotoxicosis, a clinical state with serious adverse health consequences that results from excess thyroid hormone action in tissues, is often caused by elevated thyroid hormone concentrations. Hyperthyroidism is a form of thyrotoxicosis that results from the overproduction and oversecretion of thyroxine (T4) and triiodothyronine (T3) by the thyroid gland. Laboratory testing is required for diagnosis, which is essential for appropriate treatment. Following suggestive findings on an initial evaluation for thyroid disease, additional laboratory testing may be performed to identify the etiology of hyperthyroidism and monitor treatment.  This ARUP Consult topic discusses laboratory testing for hyperthyroidism in nonpregnant individuals; for information on testing in pregnancy, see the ARUP Consult Thyroid Disease in Pregnancy topic.

Which clinical signs and symptoms should prompt testing for hyperthyroidism?

Hyperthyroidism has many manifestations and may vary in presentation from asymptomatic to severe (eg, thyroid storm), which may pose diagnostic challenges.   Common clinical presentations include heat intolerance, palpitations, sweating, tremor, and ocular symptoms.  Weight loss with increased appetite may occur, along with neuromuscular and psychiatric symptoms.  Signs of Graves disease, an autoimmune cause of hyperthyroidism, include orbitopathy (exophthalmos and/or periorbital edema) and myxedema; goiter may be present.  Accurate diagnosis and identification of the etiology of hyperthyroidism are required to provide the appropriate treatment.

What is the role of laboratory testing in thyroid storm?

Thyroid storm is potentially life threatening and requires prompt diagnosis and treatment. Because a delay in treatment may result in death, thyroid storm is typically diagnosed by the presence of severe symptoms, such as hyperpyrexia and cardiovascular dysfunction. Waiting for laboratory test results to initiate treatment is not recommended, but laboratory tests should be performed to obtain biochemical evidence of hyperthyroidism (low thyroid stimulating hormone [TSH], elevated free thyroxine [T4] and triiodothyronine [T3] concentrations).

Which testing algorithms are related to this topic?
Thyroid Disease Testing Algorithm

Laboratory testing for hyperthyroidism is appropriate in individuals with:

Laboratory testing may also be used to monitor the progression of disease and to guide treatment. This ARUP Consult topic discusses laboratory testing for hyperthyroidism in nonpregnant individuals; for information on testing in pregnancy, see the ARUP Consult Thyroid Disease in Pregnancy topic.

Other Tests and Procedures

A radioactive iodine uptake test and scan can be used to differentiate between etiologies of thyroid disease in nonpregnant adults.  Ultrasound may be a safe and cost-effective alternative to radioactive testing; it is recommended in amiodarone-induced thyrotoxicosis, lactation, and pregnancy (see the ARUP Consult Thyroid Disease in Pregnancy topic).  Otherwise, routine ultrasound is not recommended in patients with abnormal thyroid function tests unless there is a palpable thyroid abnormality.

Before the administration of thionamide (antithyroid) medications (eg, methimazole and propylthiouracil) for hyperthyroidism, a CBC and hepatic panel are recommended.  Free T4 and total T3 measurements are recommended 4 weeks after starting therapy with thionamide, every 4-8 weeks until both free T4 and total T3 concentrations have normalized, and every 3 months thereafter.  TSH testing is not useful early in the course of treatment, given that concentrations may remain suppressed, but should be performed at 12-18 months to determine whether TSH has normalized and treatment can be discontinued.  An elevated TSH concentration at the time of treatment discontinuation is associated with an increased probability of remission.  A CBC is recommended if pharyngitis or a fever develops while the patient is taking antithyroid medication.  Thyroid function testing to monitor for recurrence is recommended every 1-2 months for 6-12 months after discontinuation of antithyroid medication.

TSH test with reflex to free T4 if results are abnormal

Not recommended for routine thyroid screening, but may be useful in cases of suppressed serum TSH with normal free T4 (eg, in suspected T3 toxicosis) 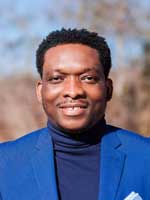 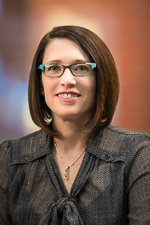