Celiac disease (CD), or gluten-sensitive enteropathy, is a nonallergic, autoimmune-mediated sensitivity to gluten in genetically susceptible individuals. Initial testing for CD typically includes assessment of both serum immunoglobulin A (IgA) and tissue transglutaminase (tTG) antibody levels.    Duodenal biopsy remains the gold standard for diagnostic confirmation of CD but may not be essential to diagnose cases with compelling serologic evidence.   HLA-DQ2 and HLA-DQ8 genotyping may be useful to rule out or support a diagnosis of CD. CD risk varies among ethnicities and geographic regions, which suggests that environmental and/or lifestyle risk factors may play a role in disease etiology.

Who should be tested for celiac disease?

See Indications for Testing for risk factors in children and adults.

Which are the primary tests used for celiac disease testing?

Because individuals with celiac disease (CD) have a higher chance of IgA deficiency,  a tissue transglutaminase (tTG) immunoglobulin A (IgA) test and total serum IgA test are recommended to initially screen those suspected to have CD.    IgA-deficient individuals should be tested for CD-specific IgG antibodies as a second step to ensure an accurate diagnosis.  In children younger than 2 years and individuals with low-positive tTG IgA test results, deamidated gliadin peptide (DGP) antibody testing may be considered,  although recent guideline updates recommend against DGP testing as part of an initial screening.

Patients must be on a gluten-containing diet when serologic and histologic tests for CD are performed.

Duodenal biopsy is considered the gold standard test for CD diagnosis but may not be necessary in cases with compelling serologic evidence of the disease. When biopsy is not possible or is not preferred, such as in children and adolescents, tTG IgA levels ≥10 times the upper limit of normal and a positive EMA IgA test result (from an additional sample) can confirm a CD diagnosis.

What is the role of genetic (HLA) testing in celiac disease?

Whereas HLA genotyping can be used primarily to exclude a celiac disease (CD) diagnosis (ie, the absence of HLA-DQ2 or HLA-DQ8 essentially rules out CD), a positive HLA test result holds very low positive predictive value for the disease.   HLA testing may be helpful when CD has not been definitively excluded by previous testing (eg, when seronegative CD or false seronegativity is suspected)  ; it can also be used to support a clinical diagnosis.

The American Gastroenterological Association (AGA)  and the European Society for Paediatric Gastroenterology, Hepatology and Nutrition (ESPGHAN)  have suggested the following criteria for the diagnosis of CD:

Infants may present with transient, suboptimal levels of IgA and/or IgG that may not be related to immune deficiency.

IgA deficiency may be accompanied by other immunoglobulin deficiencies. Consider evaluating the patient for immune deficiency if IgA levels are below the limit of detection.

See the Antibody Test Results Interpretation table below for details about interpretation of the following specific antibody tests.

The tTG IgA test is recommended to initially screen for CD in IgA-competent individuals.   The higher the titer, the greater the likelihood that the result is a true positive.  Although combining multiple tests may slightly increase sensitivity, it also reduces specificity, so a conservative testing approach is recommended for those at low risk for CD.  In addition, CD serologic testing may be subject to variability in early stages of the disease or when antibody levels are low. To rule out false seropositivity in patients with low antibody titers but normal small-intestine mucosa, consider repeating serologic tests after 6 months (patient should continue to consume gluten).   In patients with IgA deficiency, tTG IgG testing is recommended (in conjunction with EMA or DGP IgG testing). It is not recommended to forego histologic testing in IgA-deficient individuals.

Although EMA testing is expensive and relies on observer expertise,  it is highly specific for CD and may help decrease the likelihood of false-positive tTG results.  A DGP IgA test, rather than an EMA test, may be useful in children younger than 2 years  but is not recommended as part of an initial screening.

Associations of HLA-DQ2 and HLA-DQ8 with CD are among the strongest HLA-disease associations currently known. HLA-DQ2 is present in approximately 90% of patients with CD; the remaining 5-10% carry HLA-DQ8.

Because these genotypes are common in the general population, a positive result permits but does not establish a diagnosis of CD. However, it can be used to support a clinical diagnosis (eg, in cases of suspected seronegative CD ), assess CD risk, and inform the need for further testing. A negative result can be reliably used to rule out CD.

HLA testing for CD may be informative when a patient’s initial test results are discrepant, equivocal, or otherwise questionable. This testing may also be useful in certain patient populations, including those who decline biopsy, are adhering to a gluten-free diet (which impacts serologic testing), or are at increased risk of CD, such as individuals with first-degree relatives that have confirmed CD. Other at-risk individuals include those with conditions commonly linked to CD (eg, autoimmune diseases, type 1 diabetes, and liver or thyroid disease) or disorders associated with chromosomal abnormalities, such as Williams, Turner, and Down syndromes.

When HLA testing is clinically indicated, the overall genetic risk of CD in patients with CD-associated genotypes can be stratified by gene dose and allele combination. See the Celiac Disease HLA-DQ Genotyping Test Fact Sheet for additional details on how HLA results inform CD risk.

Antiactin (F-actin) IgA testing by enzyme-linked immunosorbent assay (ELISA) can provide information about prognosis and should be performed in biopsy-confirmed cases of CD. Levels correlate with severity of mucosal damage: The presence of antiactin antibodies may indicate intestinal villus atrophy and a more severe form of disease.  Although the F-actin test result may indicate moderate to severe disease, the test lacks specificity.

There is insufficient evidence to recommend screening in asymptomatic individuals in the absence of CD risk factors.  Serologic screening for CD is recommended for specific at-risk groups, including first-degree relatives of patients with CD and individuals who have the following  :

For asymptomatic children with the above risk factors, begin screening when the child has been consuming gluten for at least 1 year.

Monitoring should be performed to assess therapeutic response to change in diet and patient compliance with diet. The testing used to monitor CD includes the same methods recommended for diagnosis (eg, histologic and serologic testing).   Depending on previous results, tTG, DGP, or EMA assays can be used to monitor adherence to a gluten-free diet. In cases of known IgA deficiency, IgG testing should be used.

Celiac serologic testing, particularly tTG IgA and DGP IgA, is recommended every 3-6 months after initial diagnosis until abnormal baseline results have normalized or until the patient is clinically stabilized, and then every 1-2 years.  If antibody levels remain elevated after more than 12 months on a gluten-free diet, consider repeating biopsy. A decline in antibody levels, including F-actin IgA, may correlate with normalization of the intestinal villi. 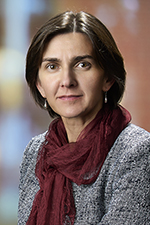