Systemic lupus erythematosus (SLE) is an autoimmune disease characterized by the presence of multiple autoantibodies, inflammatory processes, and organ system involvement.   SLE can be fatal, and early disease recognition, treatment, and monitoring can help to prevent complications.  However, diagnosis is complicated by the fact that many symptoms of SLE are nonspecific.  In addition, SLE and antiphospholipid syndrome (APS) can present similarly and the two diseases can also overlap. Antinuclear antibody (ANA) testing is useful as an initial screening approach, but is not disease specific.  In patients with positive ANA test results, additional serologic testing is generally needed to confirm a diagnosis of SLE.  Other laboratory tests are recommended at initial evaluation to help to identify organ involvement.  See Laboratory Testing below.

When should systemic lupus erythematosus be suspected?

The American College of Rheumatology (ACR) recommends against performing “subserology” tests, or subsequent testing for autoantibodies such as anti-double-stranded DNA (dsDNA) and anti-Smith, in patients who are negative for antinuclear antibodies (ANAs) and who do not have clinical indications of autoimmune disease.

What is neuropsychiatric systemic lupus erythematosus, and how does testing for it differ?

Neuropsychiatric systemic lupus erythematosus (NPSLE), also called neurolupus, refers to systemic lupus erythematosus (SLE) with peripheral or central nervous system (CNS) involvement and cognitive and/or psychiatric effects.  The incidence of NPSLE is not established, but some experts suggest that approximately 50% of patients with SLE develop psychiatric or neurologic symptoms at some point.  NPSLE can manifest in a variety of ways, depending on whether the CNS or peripheral nervous system is affected. Some CNS-related manifestations include aseptic meningitis, cerebrovascular disease, demyelinating syndrome, or a movement, mood, or seizure disorder, among other presentations.  Peripheral nervous system involvement can manifest with acute inflammatory demyelinating polyradiculopathy (Guillain-Barré syndrome), an autonomic disorder, myasthenia gravis, or cranial neuropathy, among other presentations.  A workup for neuropsychiatric SLE involves cerebrospinal fluid investigations and imaging studies, in addition to the serologic and nonspecific laboratory tests used in all cases of suspected SLE.

Testing for SLE is appropriate in patients with disease manifestations in two or more organ systems (see Quick Answers above and Classification Criteria below).

The American College of Rheumatology (ACR) and the European League Against Rheumatism (EULAR) released updated, joint classification criteria for SLE in 2019 to replace the 1997 ACR criteria for SLE.  The updated criteria are intended to reflect the increased understanding of SLE as a disease and improve on the sensitivity and specificity of the previous criteria.  The Systemic Lupus International Collaborating Clinics (SLICC) has also developed widely used classification criteria.   Both the ACR-EULAR and the SLICC criteria include a combination of laboratory and clinical findings.

The criteria listed in the table below are considered applicable to SLE only when the clinical findings are not better explained by another condition.

An initial evaluation for SLE involves both nonspecific and serologic testing.

Nonspecific laboratory tests can be helpful to identify organ involvement and assess inflammation in patients with suspected SLE. Such tests include CBC, urinalysis, a comprehensive metabolic panel, and a direct Coombs test.  Erythrocyte sedimentation rate (ESR) and/or C-reactive protein (CRP) tests are also useful: ESR levels correlate with disease activity, whereas CRP levels will often be low or normal unless infection is present.

Serologic testing is a critical component of the assessment for SLE. A diagnosis of SLE should not be made unless at least one autoantibody or complement deficiency is determined to be present.

ANA testing is a recommended initial screening test for SLE. However, ANAs are not specific for SLE and are seen in a variety of other connective tissue diseases, some infections, and malignancies, and are detected in elderly patients and even in some healthy individuals.  In patients with positive ANA results, SLE is unlikely unless there are accompanying features that suggest an autoimmune rheumatic disease.    Further serologic testing is indicated if titers are 1:40 or higher.  The 2019 ACR/EULAR updated classification criteria requires a positive ANA result at least once, although a small number of patients with SLE are ANA negative.

ANA results are reported with endpoint titers and patterns. For comprehensive information on patterns and their clinical associations, refer to the International Consensus on ANA Patterns  website.

Following a positive ANA test in patients with suspected SLE, additional serologic testing is recommended and may include tests for the autoantibodies listed below. Tests for combinations of autoantibodies are also available in panels (see ARUP Lab Tests).

Increased complement consumption is typical in active SLE, and complement testing is routinely performed as part of the serologic workup.  Tests for total complement as well as C3 and C4 are useful to support an SLE diagnosis and for disease monitoring (see Monitoring).  Because C3 and C4 levels correlate with disease activity, results can help to rule out active disease, particularly renal disease.  Decreased C3 and C4 levels may be associated with glomerulonephritis in SLE.

Immune complexes (antigen-antibody complexes) that form in tissue or circulate in the bloodstream are involved in SLE pathogenesis.  Circulating immune complexes can deposit in tissues and induce inflammatory processes, and those that bind to C1q have known associations with SLE, particularly SLE with lupus nephritis.  Tests to detect these immune complexes are considered useful to assess disease activity in patients with SLE.

The American Academy of Family Physicians (AAFP) recommends that patients with SLE be monitored with the following tests every 3-6 months: C3 and C4, serum creatinine, anti-dsDNA antibody, CBC, and urinalysis.  Other tests that may be useful include a CRP or ESR test; antiphospholipid, anti-SSA (Ro), anti-SSB (La), and anti-RNP antibody, immunoglobulin, and direct Coombs tests; renal, liver, and thyroid function tests; and other tests as clinically indicated.  Tests to detect circulating immune complexes (C1q binding and anti-C1q IgG antibody assays) are also considered helpful in monitoring patients with SLE.  Additional or more frequent testing is indicated in patients receiving specific treatments and in those who develop particular complications of SLE, such as hemolytic anemia or lupus nephritis.

The British Society of Rheumatology (BSR) recommends monitoring as often as every 1-3 months for active disease and after a disease flare, and monitoring every 6-12 months in patients with low or no disease activity, or stable disease after treatment.  In addition, because antiphospholipid antibodies are linked to pregnancy complications and thrombotic events, the BSR recommends that patients with SLE who previously tested negative for antiphospholipid antibodies be retested before pregnancy or surgery or if a vascular event has occurred.  The BSR also recommends testing for anti-SSA (Ro) and anti-SSB (La) antibodies before pregnancy because of the association between these antibodies and neonatal lupus.

SLE is linked to an increased risk for cardiovascular disease, including myocardial infarction and rapidly progressive atherosclerosis. Patients with an established diagnosis of SLE should be periodically assessed for cardiovascular disease, hypertension, dyslipidemia, and diabetes mellitus.  Other complications of SLE include circulatory disease, infections, renal disease, non-Hodgkin lymphoma, lung cancer, and osteoporosis, and monitoring for these conditions is recommended.  Yearly evaluation for organ damage is also recommended.

Recommend if high suspicion for SLE or Sjögren syndrome

Recommended for the evaluation of SLE

Secondary screening for SLE based on ANA results

Primarily associated with a diagnosis of MCTD but may be seen with patients with SLE, SSc, and inflammatory myopathies

Use for patients with a significant probability of having APS

Order as secondary screen based on results of ANA test or if ANA IFA is negative and Sjögren syndrome, SLE, systemic sclerosis, or myositis is strongly suspected

Use for differential evaluation of patients with SLE, Sjögren syndrome, polymyositis/ dermatomyositis, and/or other tissue diseases or overlapping syndromes

C1q antibodies are not specific for SLE

Negative results do not rule out drug-induced lupus

Initial screening for suspected deficiency in the classical complement pathway 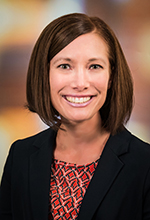